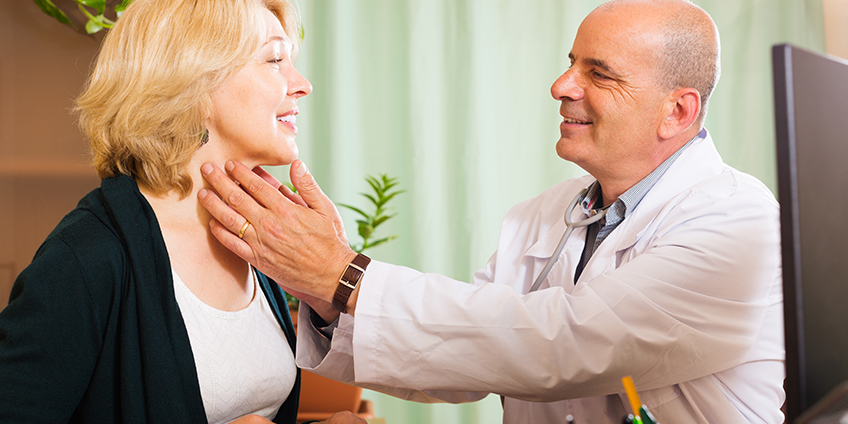 Erika Schwartz, MD, was consulted for medical advice by an elderly man with serious health issues.

Namely, she examined the medications and treatments he was subjected to, and decided to consult his cardiologist whether he would agree to completely change his therapy.

Namely, the man suffered from excess weight, low testosterone and thyroid levels, sleeping disorders due to an advanced stage of eczema which caused unbearable itching.

She has been trying to reach his cardiologist for three weeks, and eventually, she succeeded. However, after suggesting the elimination of the medications which contributed to the eczema of the patient, she states:

“The guy said to me, ‘I can’t talk to you. You don’t know science.” After stating that they have the same medical degree, she adds “he hung up on me!”

Therefore, after this discussion, she explained all she had to her patient and he decided to change his cardiologist and try the plan she suggested. The treatments she had in mind consisted of boosting the level of the thyroid hormones and eliminating the medication for his cholesterol.

At the beginning, the patient believed that this treatment would lead to a heart attack, but Dr. Schwartz explained that the correction of the hormones naturally maintained the cholesterol low.

Thyroid hormones are a result of the function of the thyroid gland—which is an endocrine gland in the form of a butterfly found in the lower front of the neck.

The two thyroid hormones—triiodothyronine and thyroxine—are also known as T3 and T4. T4 is turned into the active T3 in cells, and it reaches the body organs through the bloodstream.

Its main function is to regulate metabolism and provide energy, but it also has a significant influence on the entire body, as it helps the organs to function optimally.

The most common issue linked to the thyroid is hypothyroidism—which is the state of underactive thyroid, that is the gland does not produce sufficient hormones to regulate the necessary body functions.

It can be a result of numerous internal and external factors, such as Hashimoto’s disease, which is an autoimmune condition in which the thyroid is attacked by the immune system itself.

However, as these symptoms can also indicate other diseases or ailments as well, doctors may often prescribe some medications that are not adequate, and do not even consider the thyroid imbalance as a potential cause.

Mary Shomon, a thyroid expert and author of numerous books on the theme, states: “People are going in with high cholesterol or depression and are getting handed cholesterol meds and antidepressants. And no one’s ever checking to see if the thyroid is at the root of the problem.”

She moreover says that there is a critical flaw in the conventional test to diagnose hypothyroidism. This test, known as the thyroid stimulating hormone test or TSH test, actually measures the level of a pituitary hormone, TS, in the blood.

However, this test does not show the amount of T3 or T4 in the blood, as the pituitary hormone directs the thyroid gland to produce and release thyroid hormones.

Hence, this is a flaw as numerous patients experience the symptoms listed above but still have a normal TSH result, so they consequently are prescribed to take medications that do not treat their root problem and even suffer from their side- effects.

For better results, the levels of T3 and T4 should be individually examined. Moreover, it is of vital importance to be sure that T4 is being turned into active T3 and that the T3 enters cells in order to regulate the function of the body organs.

The holistic treatment of Dr. Schwartz includes alteration of everything, including the diet, hormones, exercise and supplements. Her approach regards the body as a whole and does not examine just the symptoms, and consequently, it has given great results.

She says: “What I also found out was that giving those people thyroid to begin with—giving them T3, let’s say, to begin with, which is the active thyroid hormone—was actually the quickest way to get people to feel better. And once they felt better, then you could tweak their diet, exercise, lifestyle.”

The belief that the way thyroid hormones influence the entire body is a vital part of the successful treatment is also shared by Shomon:

“Our metabolism relies, in large part, on our thyroid’s ability to function properly. If we’re not getting enough oxygen or energy to the cells for digestion, for pancreatic function, for brain function, for all of the other hormone production processes and the glands that are producing those, then everything is going to be slowing down and not working properly,” she explains. “It’s the gas pedal, essentially, for everything.”

Hence, both internal and external factors lead to thyroid disorders, as they may result from a combination of certain aspects like immunity, diet, hormones, the environment, immunity, and the like.

“We’re living in such a toxic world—and our lifestyles have changed so much.And that’s a critical thing for us to realise when we look at our diets and we look at our daily habits. We have to put in place some strategies to compensate for the fact that we’ve moved so far from our natural evolutionary ancestral history.”- says Greg Emerson, MD, founder of the Emerson Health & Wellness Center in Queensland, Australia.

The leading ones on his list of toxins are mold and mycotoxins, which are a result of some fungi types.

“There’s a huge amount of scientific evidence that the poisons that the mold produce are terrible for the thyroid gland. And the other problem is that we’re consuming foods which are also high in mycotoxins.

Or we’re consuming foods that are high in sugar, which makes the mold grow in the body. And we’re also not consuming foods which are protective against those mycotoxins. I don’t think I’ve seen a patient with Graves’ disease—which is an overactive thyroid—who has not had a problem with mold, and then mycotoxins.”

The opposite case is hyperthyroidism, or overactive thyroid, which is the state of excess production of thyroid hormones. This state leads to sudden weight loss due to a revved up metabolism, as well as a rapid or irregular heartbeat.

However, the imbalance of the hormones can be restored to normal by making some important changes in the lifestyle. Initially, eat a diet high in raw foods, regularly exercise, foster healthy relationships; and try to reduce stress.

Therefore, if you properly take care of the things explained above, you will easily specify the root of your health issue, and thus, find the proper natural treatment.

Dr. Schwartz comments “There are a million reasons why you may not be sleeping at night. And you need to look at them and take responsibility for improving.”

One of the best and most popular American alternative medicine doctors, Joseph Mercola, DO, also agrees with the basic logic of Dr. Schwartz, since he also believes that in order to maintain good health, you need to work on many aspects.

Yet, he believes that the major control of the health is done by research and finding quality resources, as well as consulting experienced individuals, doctors and experts. He also believes that “It’s probably the mindset that you are responsible for your health.”

By restarting your thyroid with the proper nutrients, not only can you keep weight off, but you can also help slow down the aging process, boost your energy, and improve your overall health.